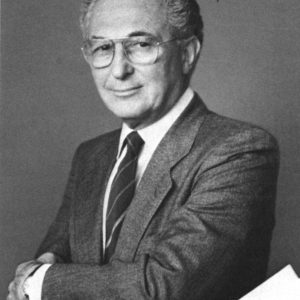 There are reports that the first hair transplant was performed in Germany in 1822 by a medical student named Diffenbach and their professor, Dr Dom Unger.(1) They reportedly transplanted grafts of hair in both animals and humans from one area of the scalp to another; however, their technique did not seem to catch on. That experiment is now recognized to have first developed in Japan in the 1930s through the work of Dr Okuda.(2) Dr. Okuda used a punch technique to remove sections of hair that were then dissected into smaller punches, where they were found to continue producing hair. Their technique was mainly performed in patients who had hair loss due to scarring from trauma. In 1943, Dr Okuda’s technique was refined by Dr Tamura who used smaller grafts of 1-3 hairs. (1) Because of Japan’s role in World War II, Dr Okuda and Dr Tamura’s progress in the field of surgical hair restoration remained unknown outside of Japan for many years.

About 20 years later, the same process was rediscovered in the United States by Dr. Orentreich.(3) The technique described in the influential 1959 paper was very similar to the technique described earlier by Dr Okuda. However, Dr Orentreich performed the technique mainly on patients with androgenetic alopecia. Both of these techniques used large grafts (around 4 mm) that created an unnatural look. This paper was also particularly influential because it was the first to describe the concept of donor dominance and recipient dominance. Dr Orentreich described donor dominance as occurring when the transplanted hair maintained its characteristics regardless of the recipient site whereas recipient dominance occurred when the transplanted hair took on the characteristics of the recipient site. (3)

Over time, the techniques were improved to create a more natural look. In 1984, mini-grafting was introduced, which used smaller grafts taken from a strip on the back of the scalp. Mini-micro grafting was also used, which involved placing smaller grafts around a larger graft in the centre to create a more natural look. This technique replaced the plug technique described earlier until the 1990s when follicular unit transplantation (FUT) was introduced. FUT uses a large number of mini-micrografts in naturally occurring groups, also known as strip harvesting.

This was the main hair transplantation technique used until the 2000s when follicular unit extraction (FUE) was introduced. These advances in technology have dramatically improved the appearance of the procedure, creating a natural look in patients seeking to address their hair loss.

Schedule a Hair Loss Consultation Today and Reserve Your Spot to Save $2000 during our Summer Special. Offer Ends August 31 2022