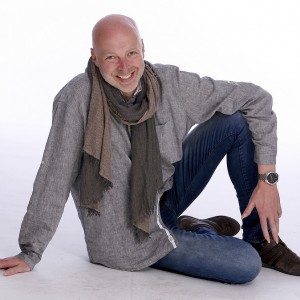 Alopecia areata is consistent with autoimmune disease and is one of the relatively more common causes for hair loss. It often presents as round or oval – shaped patchy hair loss while onset can be both sudden and unpredictable. Spontaneous remissions are characteristic however recurrences are also possible. Overall, there is still a lot left unknown about alopecia areata but there is some evidence as to what can trigger recurrences including both genetic and environmental factors.

A complex interaction of multiple genes is believed to contribute to the appearance of alopecia areata. An increased frequency of alopecia areata is observed in genetically related individuals1 with a higher likelihood of severe symptoms developing in first-degree relatives2–5. Additionally the autoimmune diseases vitiligo, lupus erythematosus, psoriasis, atopic dermatitis, thyroid disease, allergic rhinitis, pernicious anemia, diabetes mellitus and rheumatoid arthritis have all been correlated with alopecia areata3–7.

Infectious pathogens including viruses and bacteria have been implicated in triggering a recurrence of alopecia areata4. For instance the Epstein-Barr virus, which is a common virus from the herpes family, has been associated with a small number of alopecia areata recurrences, especially in adolescents8.

There also seems to be a seasonal component to alopecia areata. Relapses occur most often in February and March and may be related to a vitamin D (the sunshine vitamin) deficiency9.

We can blame pretty much anything on stress. In this case an altered stress response has been observed in mice induced with alopecia areata10.  It has also been suggested that significant changes in stress can affect the immune system leading to the changes in disease progression observed11.

Certain hormones such as estradiol promoted rapid progression of alopecia area while others such as dihydrotestosterone increased resistance to alopecia areata as observed in mice12.

Certain diets have been suggested as potential contributors as well. There is evidence that soy oil can modify inflammation. As inflammation is consistent with alopecia areata, diets with increasing amounts of soy oil were investigated. A reduced appearance of alopecia areata was observed as soy oil was increased suggesting that soy oil may affect susceptibility through modulating inflammatory activity13.

Taken together, what is clear is that there is still currently a lot to alopecia areata that remains unknown.