What is alopecia areata and how is it different from other types of hair loss? 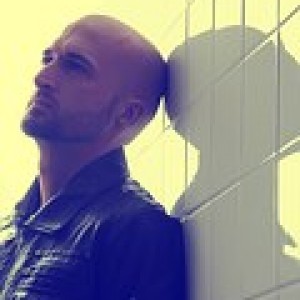 There are many reasons for the occurrence of hair loss. Likewise these reasons will direct both disease prognosis and treatment options. Although you should always consult your physician or dermatologist for an individual diagnosis, below are some of the main differences between alopecia areata and other forms of hair loss.

One of the most obvious differences is the appearance of the hair loss. Alopecia areata-induced hair loss can appear as patchy hair loss of the scalp, usually round or oval-shaped1. In some cases, alopecia areata progresses to alopecia totalis or alopecia universalis. The former results in complete loss of scalp hair while the latter can affect all body hair including eyebrows and eyelashes. Occasionally symptoms also emerge in the nails. This characteristic appearance differs greatly from some of the most common types of hair loss.  For instance, male-patterned baldness generally occurs as a receding “M” shaped hair line in addition to hair loss at the top of the head2. Female-patterned baldness appears as diffuse hair thinning along the top of the head2. It is also uncommon for either type of patterned baldness to progress to complete baldness2.

Another major difference between alopecia areata and pattern baldness is the underlying cause. Alopecia areata is believed to be an autoimmune disease which results in chronic inflammation in the hair follicle3. In essence the hair follicle is attacked by your own defense cells. Conversely, patterned baldness is believed to be a result of a sensitivity to hormones known as androgens4. The hair grows in cycles which include periods of active growth and periods of rest for the hair follicle. Normally, hair follicles are more often actively growing, however in the case of pattern baldness, androgen-related messages are received resulting in a disproportionate amount of time is spent in the resting period, causing the hair follicle to shrink and the eventual loss of the hair.

When it comes to similarities, both alopecia areata3,5–7 and pattern baldness8 are believed to have a genetic component, meaning you are more likely to develop the condition if you have close relatives with it as well. Additionally both lead to non-scarring hair loss.

Scarring hair loss is the destruction of the hair follicle and its replacement with scar tissue, often caused by inflammation9. There are many conditions which can lead to scaring alopecia but these are rarer in comparison to pattern baldness or alopecia areata. Symptoms can include redness, heat, pain, swelling, itching or burning. The disease is confirmed through a skin biopsy prior to treatment.

On the bright side, unlike both scarring alopecia and pattern baldness where hair loss can often be permanent, even with treatment, alopecia areata is known for frequent, spontaneous remissions1.