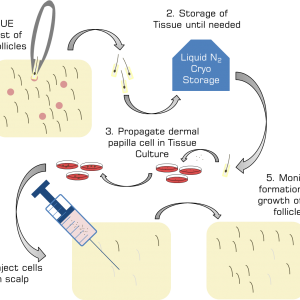 Research into the potential uses for cloning human tissue has been much more limited. Currently, it is difficult to perform human tissue cloning research in Canada or the United States; however, it is possible in the United Kingdom.

In brief, their method is to harvest roughly 50 hair follicles from the patient through FUE harvest (Figure 1). These follicles would then be sent for cryopreservation until the patient is ready. Cryopreservation is already a common practice for storing viable human tissue for many years and is routine in tissue culture labs around the world. From a regulatory standpoint, final approval of these methods is made easier by the fact that the source material is the patient’s own scalp and not from donor sources.

Once the call is made that the patient is ready for the surgery, the dermal papilla cells are brought out of storage and induced to proliferate (i.e., multiply at an exponential rate) (Figure 1). It is reasonable to expect that if the technology is successful as claimed that the small amount of material obtained in the original FUE harvest would be enough to produce large numbers of hair follicles. The amplified cells are then injected into the scalp at a similar depth to the natural hair follicles. 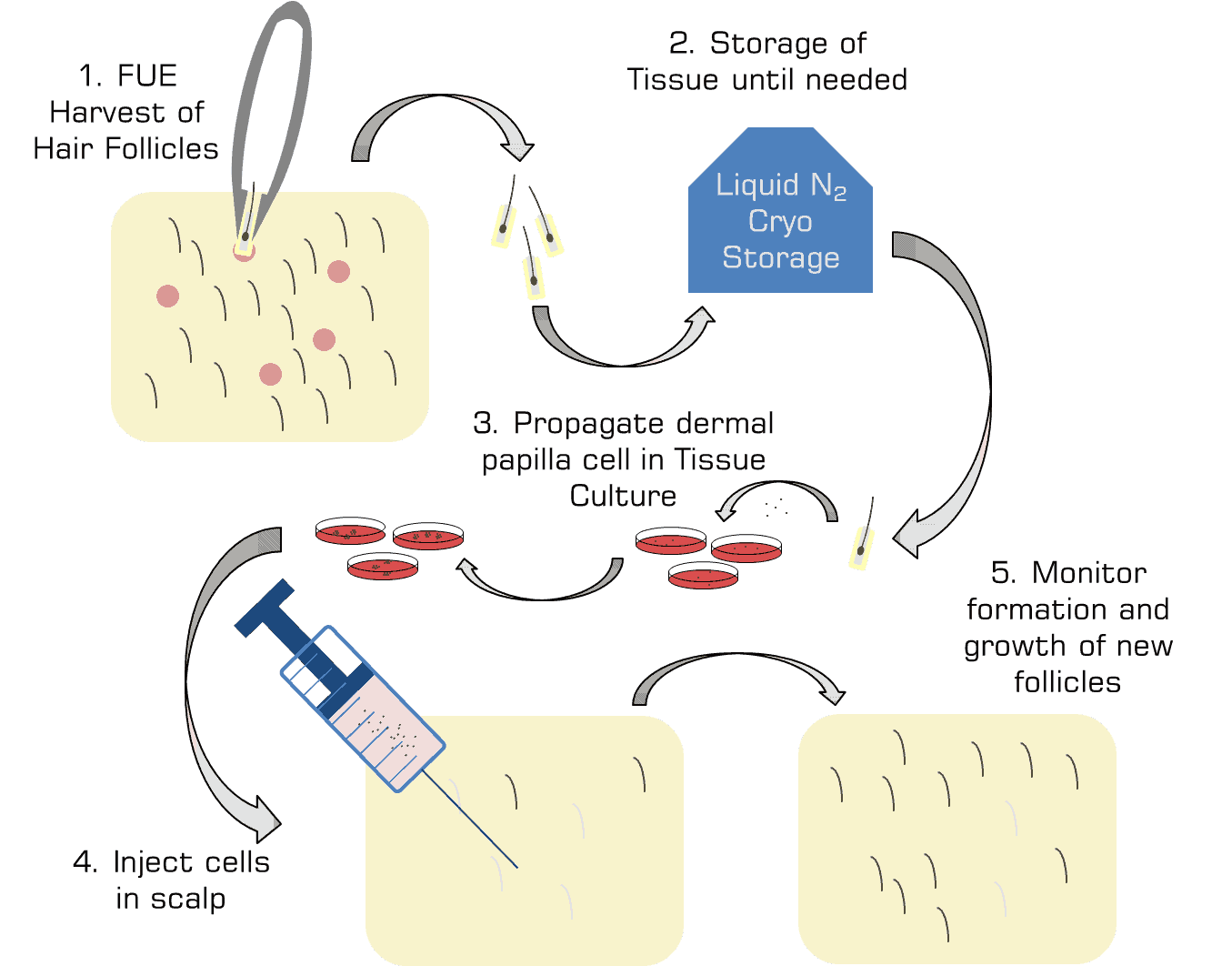 The injected cells now will either migrate to nearby viable, albeit miniaturized, follicles to push them back into the hair growth cycle or they will form the basis for a new hair follicle. The time frame for hair regrowth is not known at this time and could take longer than traditional hair transplants.

The exciting aspect of hair cloning is the potential for large numbers of scalp hair from the patient for the patient. The chance or rejection of the transplanted cells is low as the immune system will recognize the cells as itself. Additionally, the cells are expanded from follicles will be taken from permanent regions of the scalp and the produced cells should not be as sensitive to DHT as the previous miniaturized follicles.

While this technology is not currently available yet, we at Sure Hair are excited by the potential to provide these types of treatments when they are deemed safe and approved for the public.

Schedule a Hair Loss Consultation Today and Reserve Your Spot to Save $2000 during our Fall Special. Offer Ends Oct 31 2022