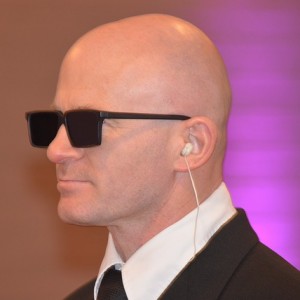 Alopecia areata is a special form of hair loss with an autoimmune basis, with alopecia universalis being a more severe presentation of this condition. Most of the clients seen at Sure Hair have male- or female- pattern hair loss known as androgenetic alopecia.

A recent case study by Craiglow and King demonstrate the use of tofacitinib to reverse hair loss in a patient suffering from plaque psoriasis and alopecia universalis (1). Tofacitinib (Xeljanz®) was United States Food and Drug Administration (US FDA) approved in 2012 for the treatment of rheumatoid arthritis (2). However, several studies have demonstrated the safety and efficacy of tofacitinib oral and topical formulations for the treatment of plaque psoriasis (3–5). Tofacitinib works by inhibiting the activation of inflammatory signaling pathways that are seen in autoimmune diseases such as psoriasis and alopecia (6).

The patient in this case study had a history of patchy hair loss on the scalp known as alopecia areata, which began during childhood. This hair loss slowly progressed from hair loss on the scalp to hair loss on the entire body by age 18. Full body hair loss is known as alopecia universalis and includes hair loss of eyebrows and eyelashes. A few years after the loss of all hair, the patient began to exhibit symptoms of psoriasis, which progressed to cover a significant portion of his body. Treatment with adalimumab was able to clear the psoriasis for a period of time, however the psoriasis persisted. The patient wanted to try something new to combat his autoimmune diseases since adalimumab was not enough. Therefore, he looked at off-label treatment with a drug approved for arthritis; tofacitinib. Before treatment with tofacitinib the patient had no hair on his scalp, face (including eyebrows and eyelashes), arms, legs, torso, armpits, or groin. He also had several large psoriatic scaly plaques that were pink-red in coloration on his scalp, torso and elbows.

The patient took tofacitinib 5 mg twice a day to treat symptoms of both psoriasis and alopecia universalis. Partial regrowth of hair on the scalp was seen as early as 2 months after treatment began. His dosage was then increased to 15 mg daily, which led to complete regrowth of the scalp hair after 3 months. Furthermore, hair began to grow back on the face, groin region and armpits as well. After 8 months of treatment the patient had full regrowth of all body hair. Although some symptoms of psoriasis remained, the patient was so pleased with the regrowth of hair that he remains on tofacitinib. The dosage level of 15 mg of tofacitinib daily was well tolerated, however further clinical trial testing would need to be done to test the safety and efficacy of tofacitinib for treatment of combined psoriasis with alopecia. There are currently 3 clinical trials underway to study the efficacy of tofacitinib in moderate to severe alopecia areata and its variants (NCT02299297, NCT02197455, NCT02312882).

If you are experiencing patchy hair loss or hair loss on several body parts consult your doctor to determine the best treatment regimen for you.